Microbes of the gut are important, but many other organisms are crawling all over you too. What can we learn from studying my skin samples?

Like the gut, the vast majority come from only two genera. 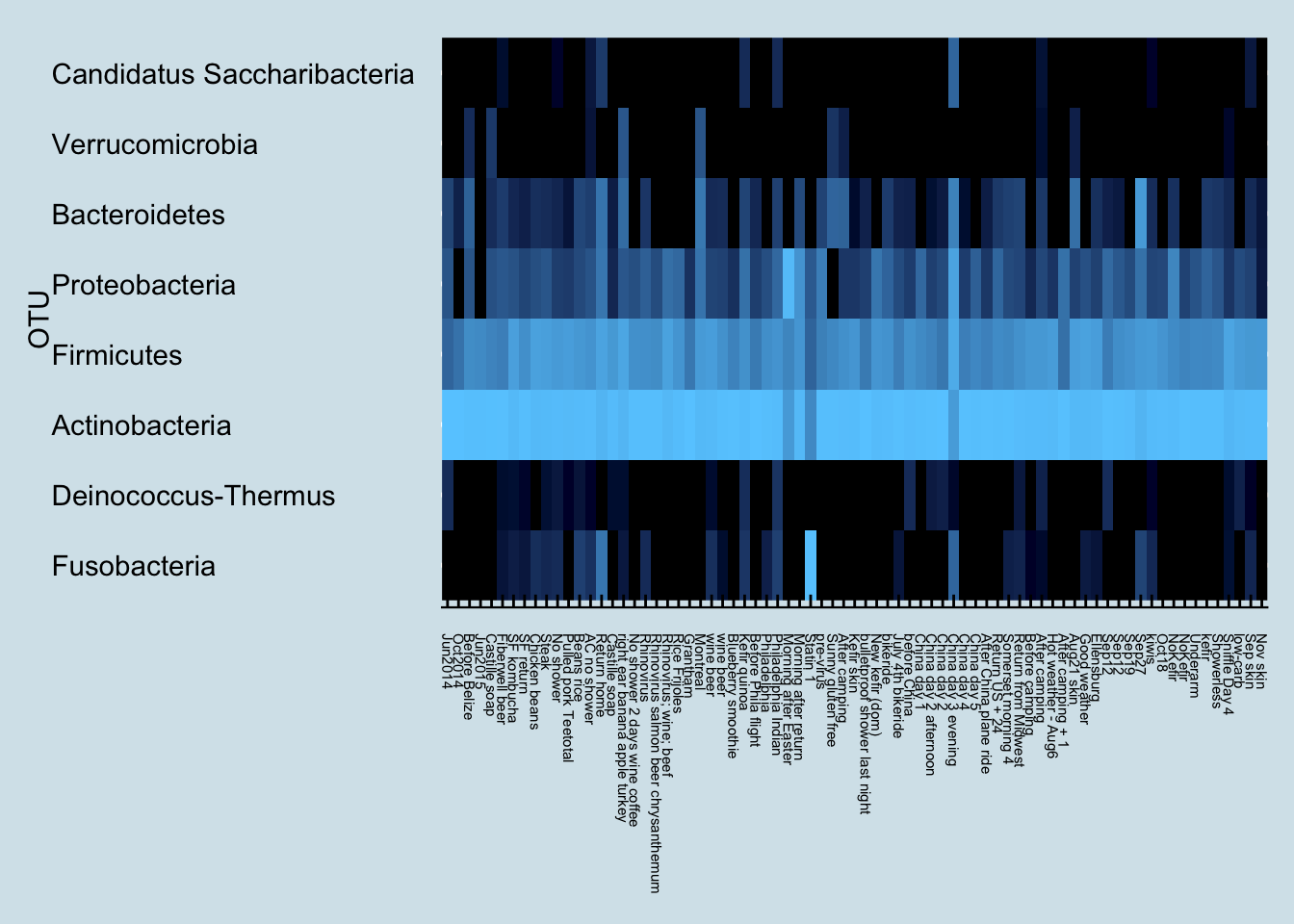 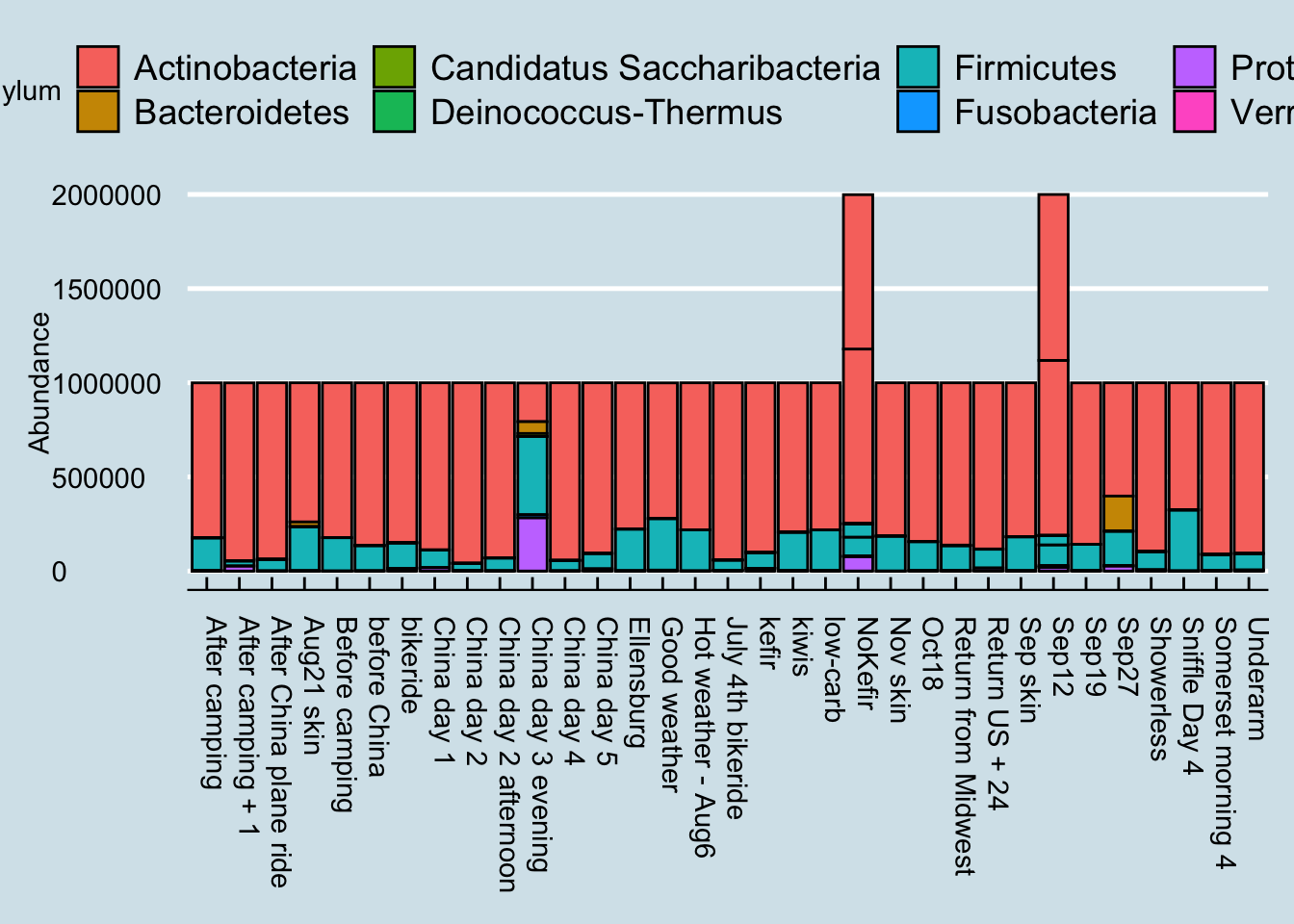 And here’s the diversity: 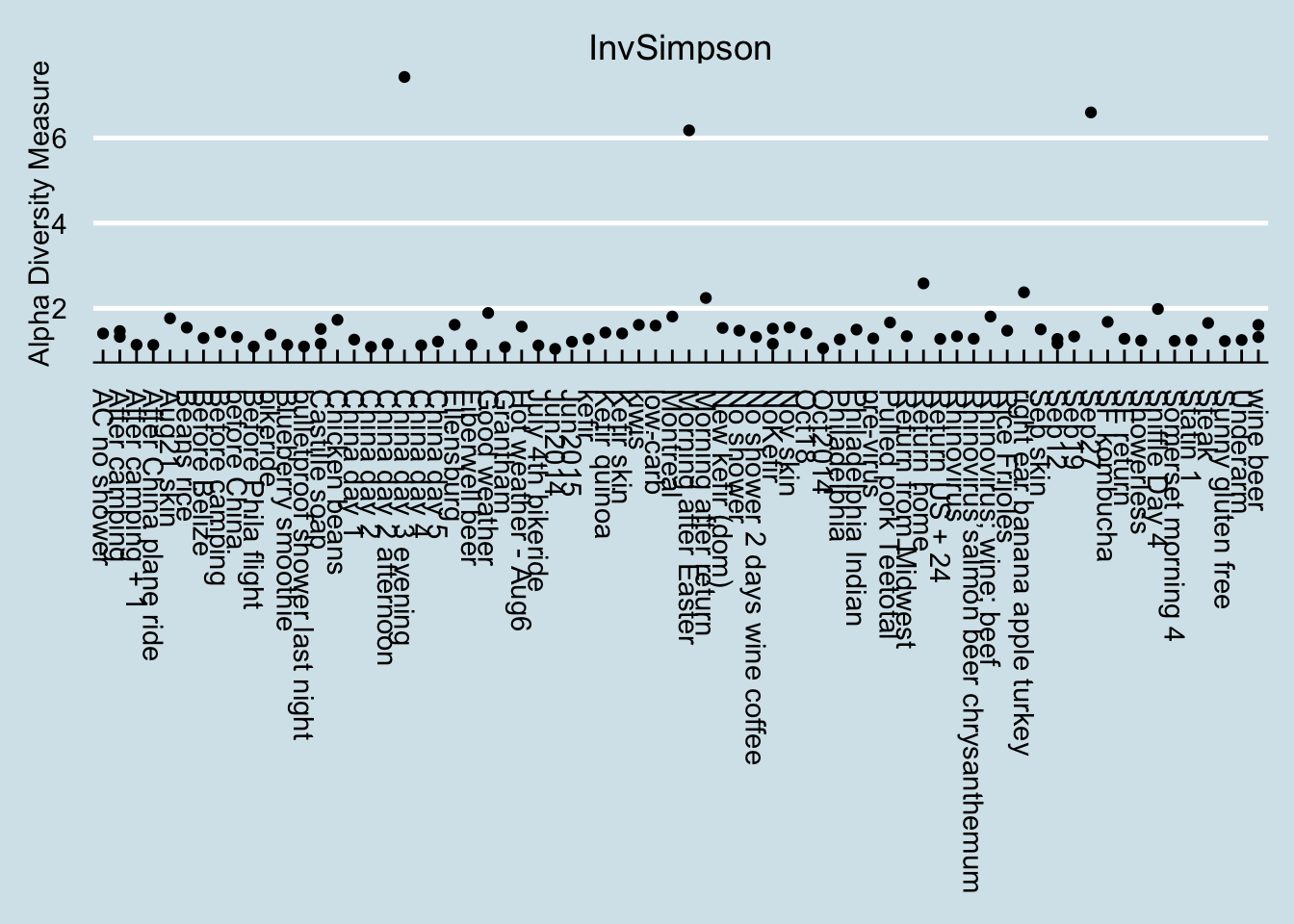 Is it just me? I also looked at the many other samples people have sent. Like me, most of them are dominated by Actinobacteria and Firmicutes, with a tiny bit of Proteobacteria and even smaller amounts of others. At the genus level, the vast majority are Propionibacterium and Staphylococcus, with an occasional spike of that smelly Corynebacterium.

A recent paper published in Nature warned that several pathogens are lurking in common kitchen sponges. In particular, it noted the abundance of Moraxellaceae, a common skin bacterium. How much do I have? 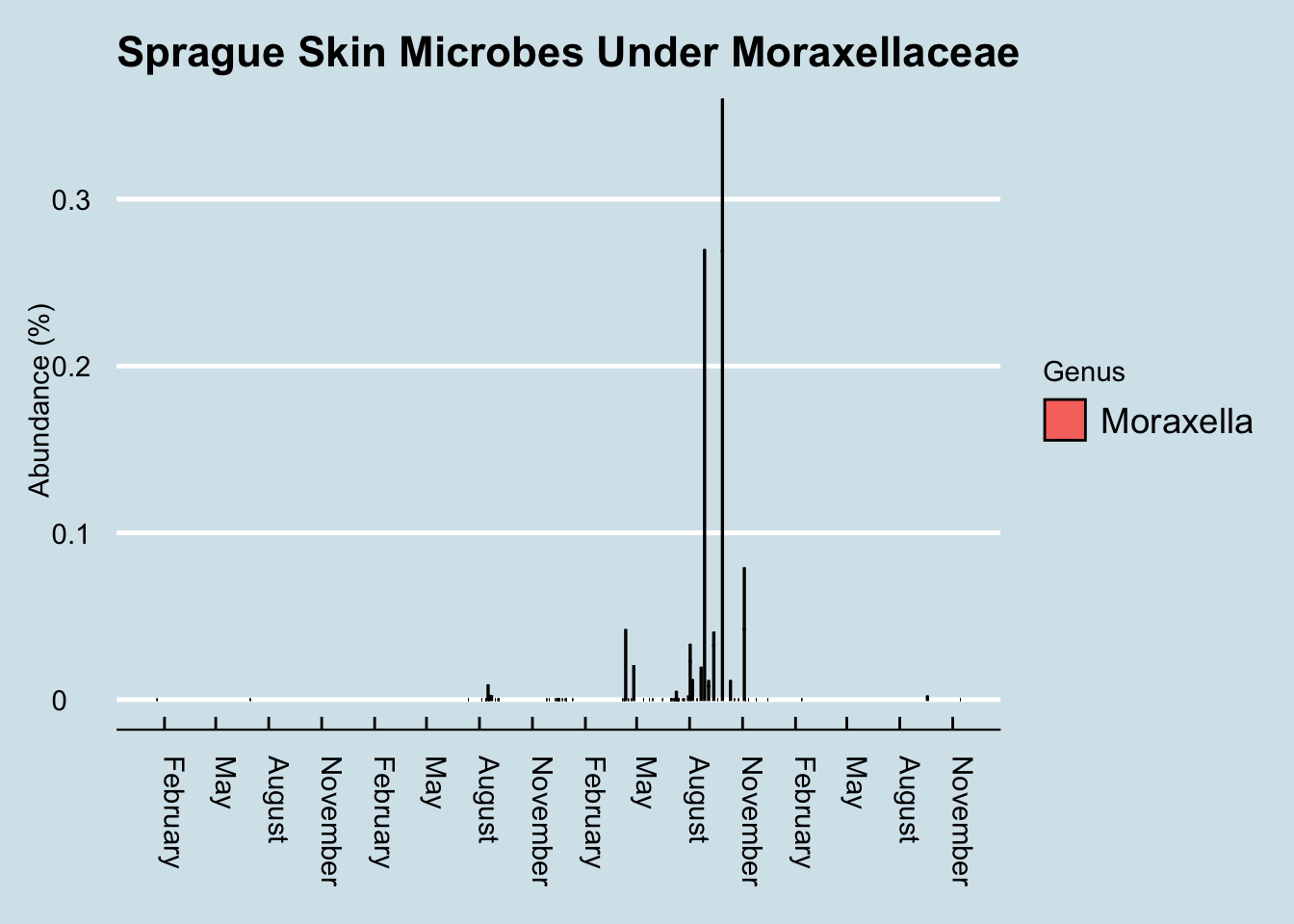 Apparently I have a small amount, depending on when I sample.

Now look at an odd new bacteria that showed up in some of my samples from Spring 2017 (Figure 3.39) 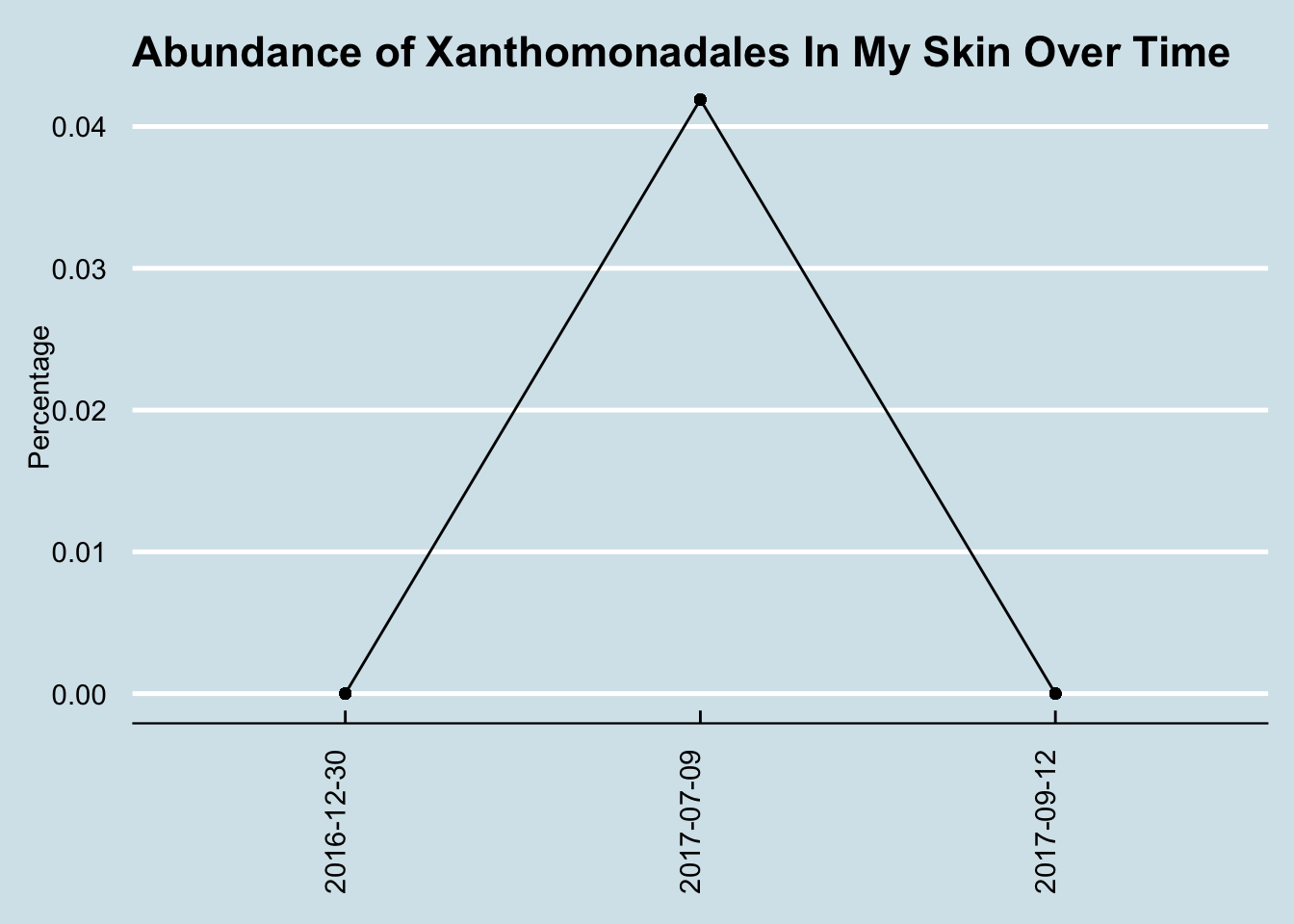 Figure 3.39: Levels of Xanthomonodales spiked for some unknown reason.

Not sure what this could be doing.

That unpleasant smell from you underarms is caused by Corynebacteria111. Perhaps there is a relationship between what I find behind my ear and other parts of the body. Let’s check (Figure 3.40) 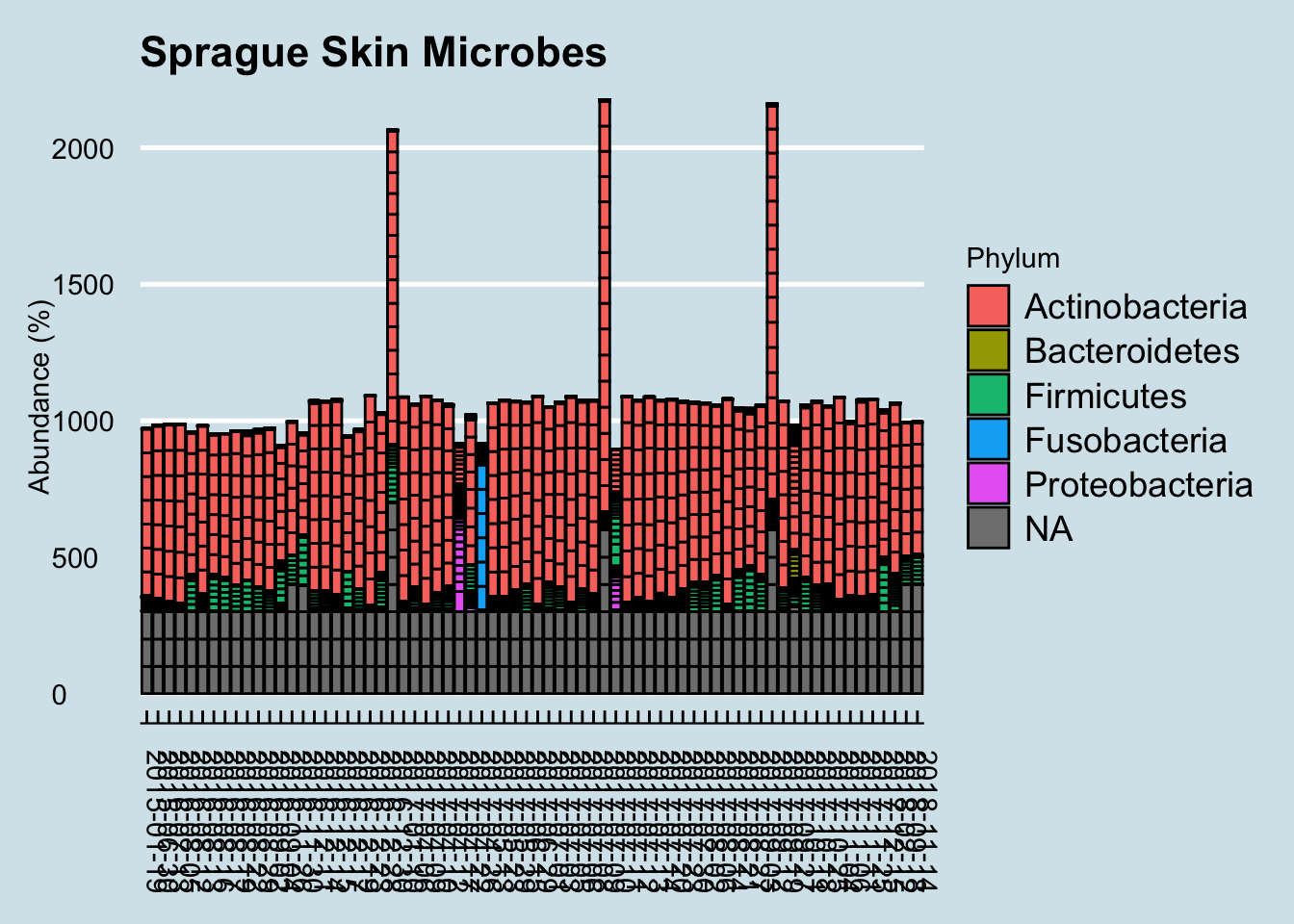 I also tested the difference between behind-the-ear (the normal way) and on the forehead (Figure 3.41) 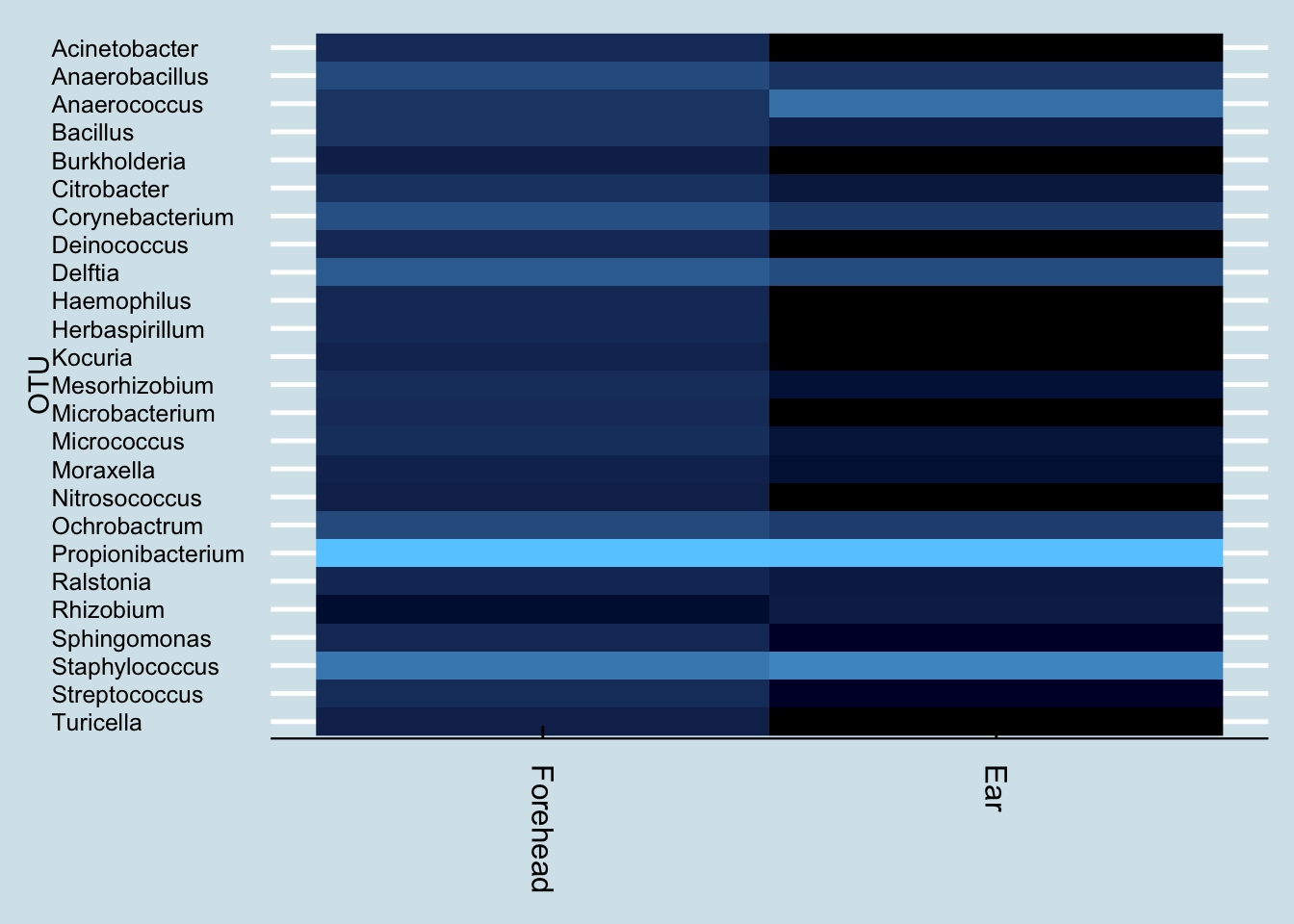 And the underarm versus behind the ear (Figure: 3.42) 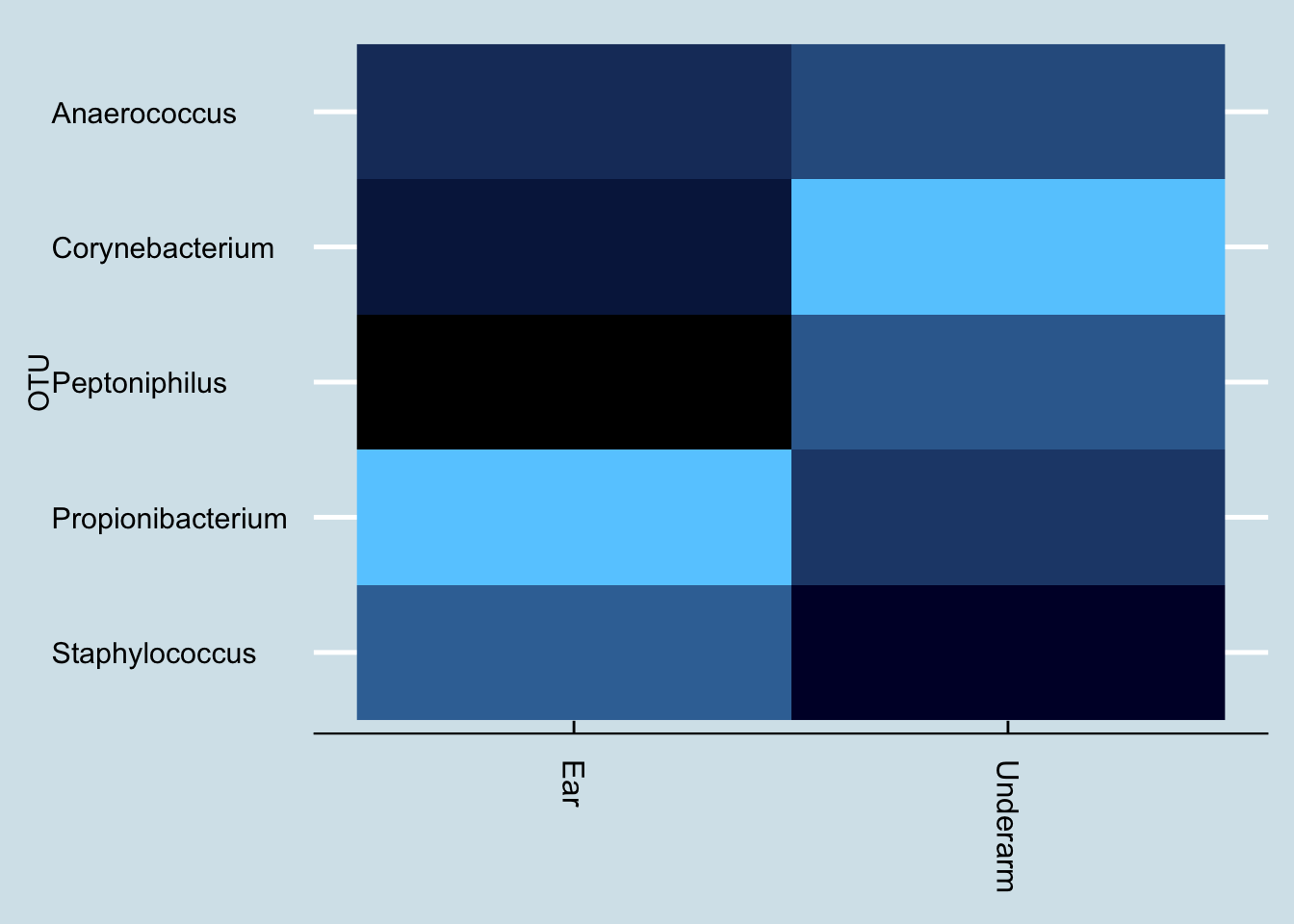 Figure 3.42: Skin samples from two sites: the normal behind-the-ear and from the underarm. Lighter colors are higher abundance

Once again, sampling site matters: there is a significant difference in the type of microbe behind the ear compared to the forehead. Incidentally, notice in the underarm the much higher abundance of Corynebacterium, which produces that distinctive smell of body odor.

See the Appendix for an overall summary of my skin experiments