4.6 Parkinson’s Disease and the Microbiome

THIS IS AN UNEDITED EARLY DRAFT. PLEASE DON’T RELY ON IT.

Parkinson’s disease is a devastating neurodegenerative disease that affects one in 100 people over age 60,

Although there is some evidence for a genetic component125, environment clearly plays a role as well – which of course, may point to microbes.

Is this observable in our samples?

“Patrick” is a confirmed Parkinson’s patient who sent me his microbiome test results. Let’s look first at the Genus overall picture:

How different is Patrick’s Akkermansia compared to everyone else? 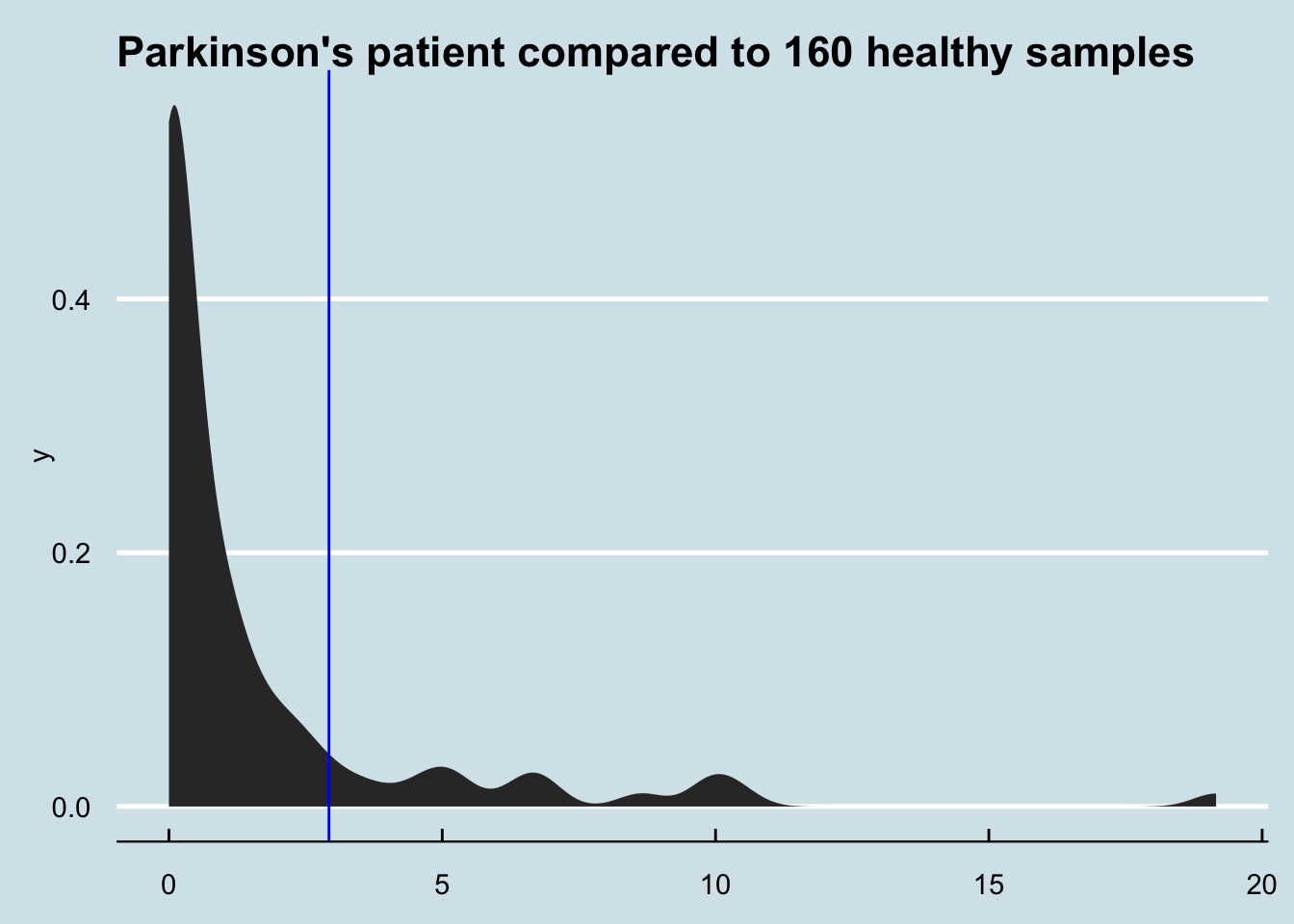 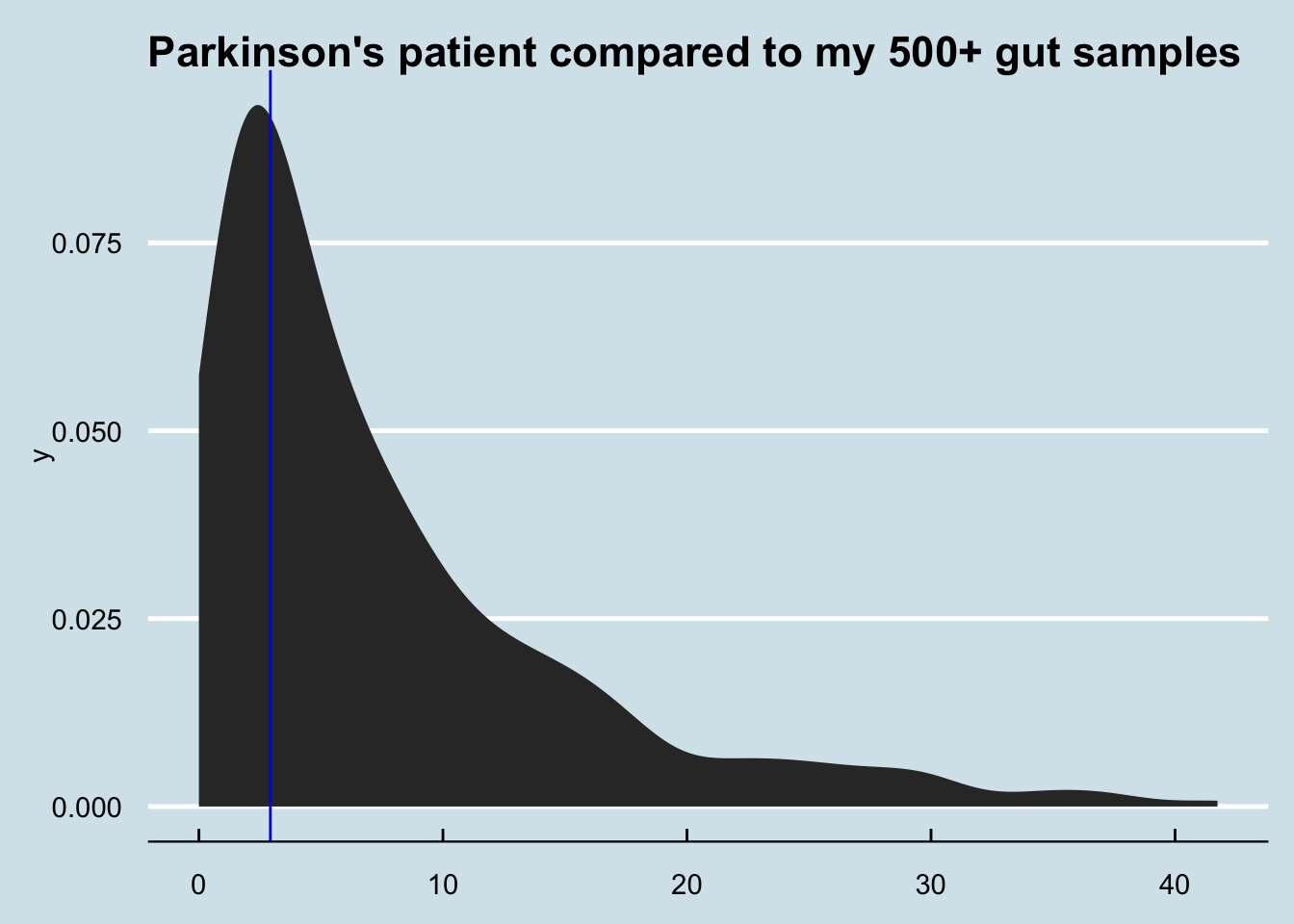 How about me compared to my father and sister? (My brother, who I also tested, shows abundance of zero) 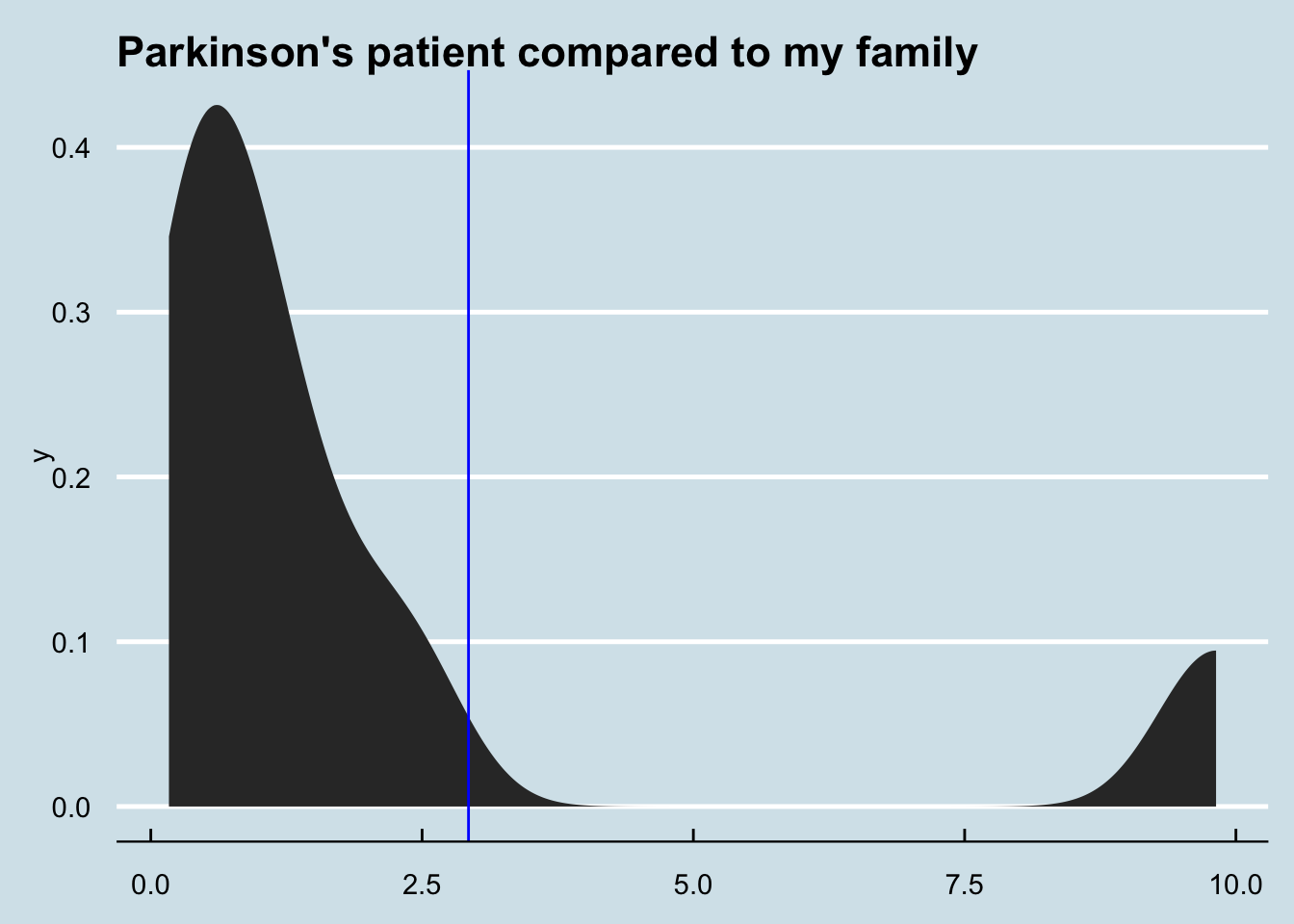 There are only 8 few samples involved here, and that one on the far right is just one of two from my sister and is therefore likely an anomaly. Still, if there were a big family component to this microbe, it certainly isn’t showing in this test. F

Let’s check the variability of my Akkermansia: 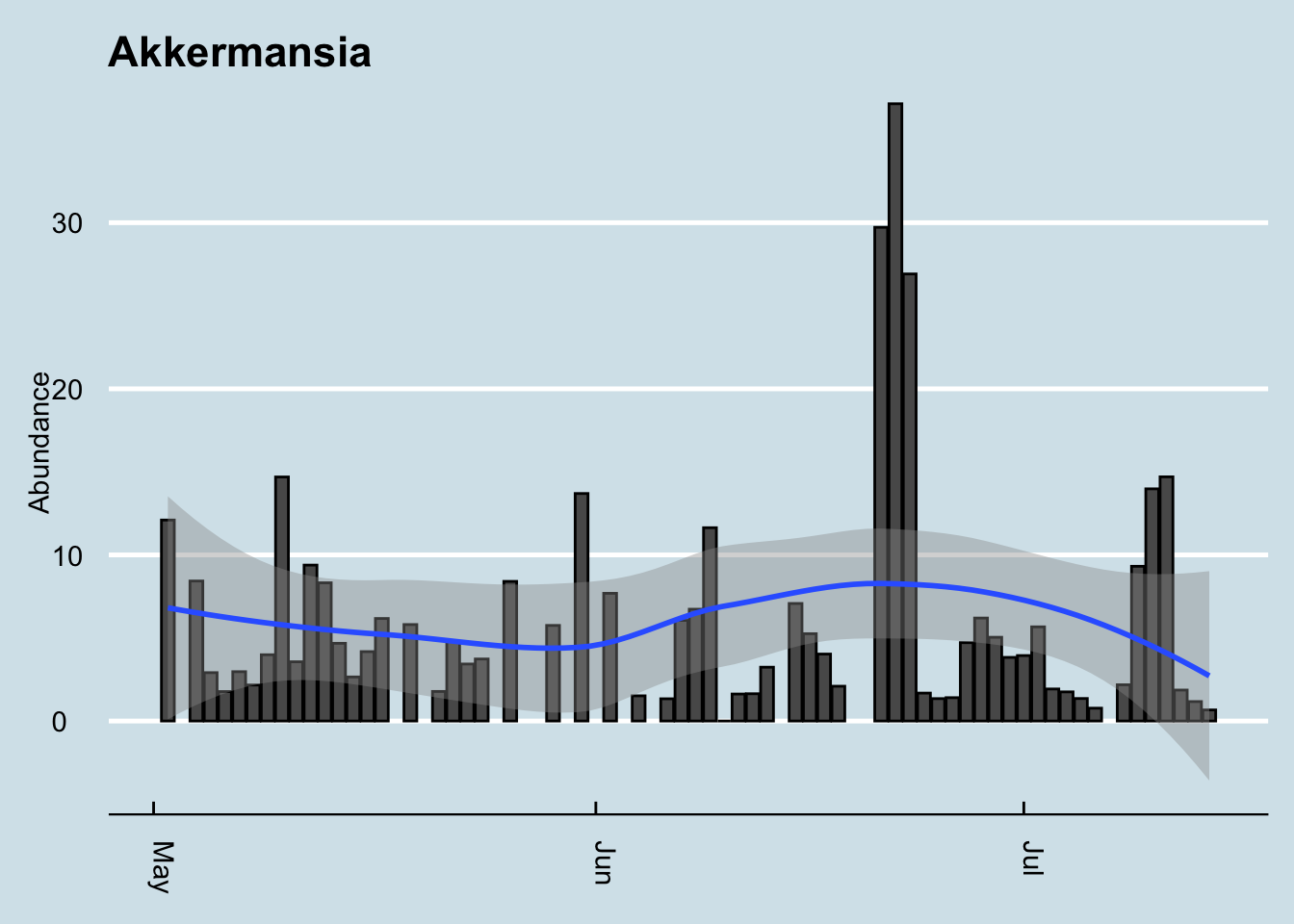 As you can see, my levels are consistently quite high, and sometimes extremely high.

A May 2019 study of 62 million electronic health records showed a slight increase in Parkinsons among people who had appendectomies126, but smaller studies showed a slightly lower risk.